RCAC Statement on the Passing of George Schultz 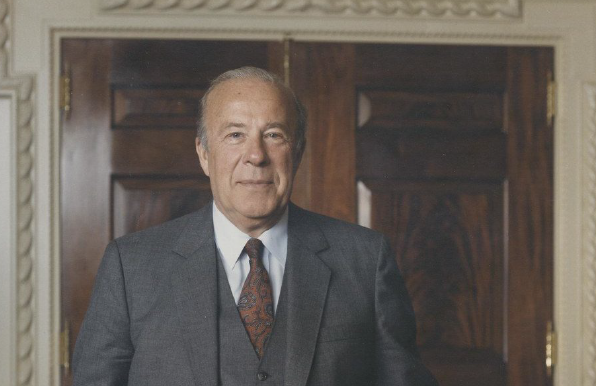 George Schultz was a larger-than-life figure in American history. He is one of two Americans to serve as four different federal cabinet secretaries having served as secretary of the Department of Treasury, Department of Labor, and director of the Office of Management and Budget. But it is the role of Secretary of State under President Reagan for which George Schultz will best be remembered. As Secretary of State, Schultz professionalized the foreign service corps by relying of professional diplomatic over political credentials. This reliance on professional diplomats served President Reagan well as he and Schultz negotiated with China over Taiwan, and in the Middle East when Secretary Schultz negotiated an agreement between Israel and Lebanon.

While President Reagan receives most of the credit for defeating the Soviet Union and ending the Cold War, it was George Schultz who encouraged direct engagement with Soviet Premier Mikhail Gorbachev. Among other things, this led to the signing of the Intermediate Range Nuclear Forces Treaty in 1987 which eliminated an entire class of nuclear missiles in Europe.

To me, George Schultz’s legacy will always be that he made the world a safer place.